Fire departments are already familiar with using two way radios to communicate when responding to emergencies but pagers play a key role in dispatching additional staff during critical situations. The ease of use and portability that pagers provide make them the leading device for on-call and volunteer staff. With ‘life-tested’ simulations, the Motorola Minitor VI is built for the demanding and unpredictable job of a first responder and is quickly becoming the ‘standard pager’ for Fire Departments in Canada.

So why Minitor VI?

The Minitor VI is the latest pager from Motorola, developed from consultation with firefighters across North America, it is designed to withstand the real-life challenges your team faces:

We know a day in the life of a first responder is never the same and you are constantly faced with “the unknown” once you’re suited up. If there is one thing you can rely on it’s always knowing that the Minitor VI will keep you alert and ready for action. 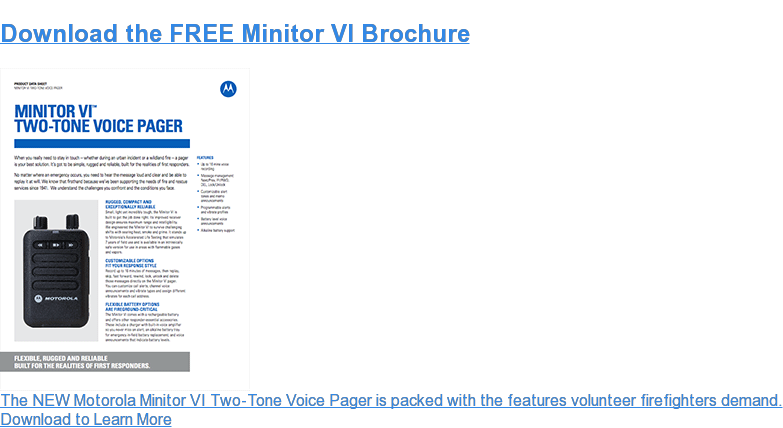 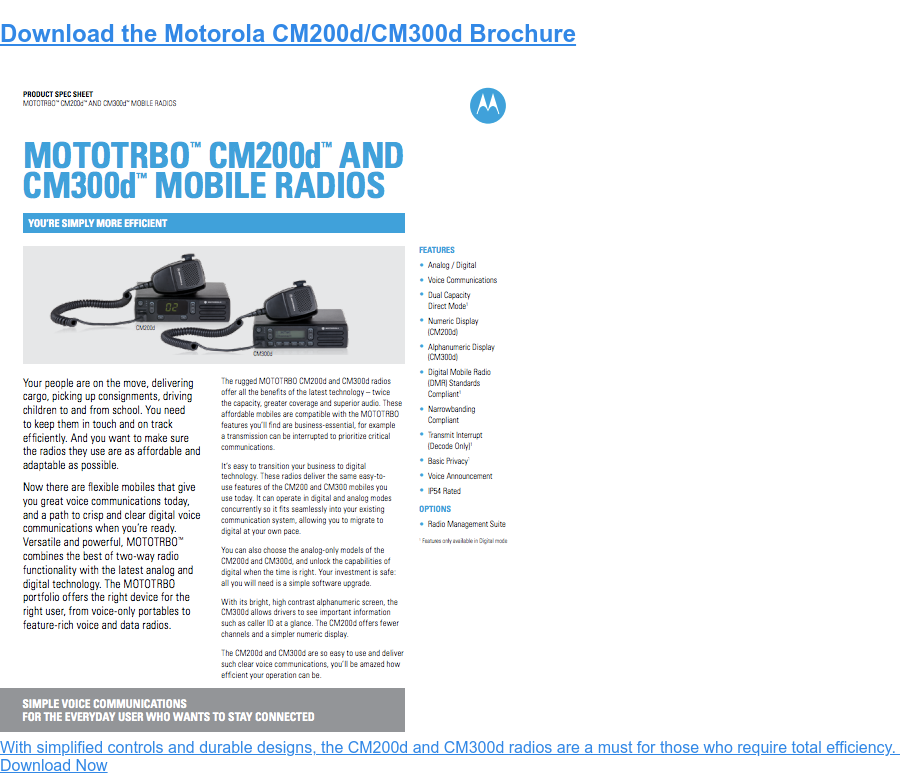