Two Way Radios in Movies – What Do They Show?

We’ve seen it before – the movie scene where emergency personnel save the day after making quick calls to their colleagues on two way radios, or comedic scenes where characters use walkie talkies to taunt their enemy.

The true hero in these cases? Sometimes it’s the communication device! Hollywood productions don’t shy from showing the reality of the need for two way radios for a number of workplace situations. We take a look at five movies where two way radios or walkie talkies were used as a communication tool. While they’re not always the hero in these examples, they play a key role:

Captain Phillips (2013) – In this Tom Hanks movie about a true story, Hanks uses a two way radio to communicate with his colleagues on his ship in the middle of the ocean. The devices are also used to do a call out to all crew on one channel to communicate the need to return to muster stations. 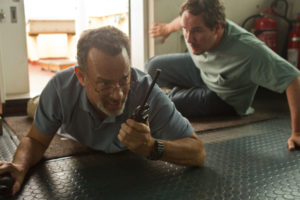 What Does This Show? The two way radio used in this film shows not only range capabilities, but also the ability to effectively communicate across one channel to multiple employees. In an emergency, this can be vital.

Back to the Future II (1989) – Marty (Michael J. Fox) is panicking because he can’t locate Biff in the movie, so he radios to Doc (Christopher Lloyd) to calm him down. 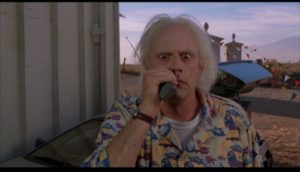 What Does This Show? Even in the 1960’s, there were needs for these systems. Two way radios have been around for a long time and, while the technology has changed and been developed greatly over time, the overall concept of a need for communication remains the same. 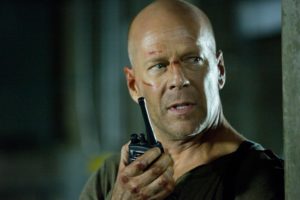 What Does This Show? Using a two way radio to communicate with people outside of view is a wonderful tool for not only ensuring a job is getting done, or checking in on progress, but helping to track down employees or co-workers if they’re working in another area of a site.

Ghostbusters (1984) – There’s a scene in this movie where the Ghostbusters are on the hunt for Slimer in a hotel in New York and, while separated, Venkman (played by Bill Murray) reaches out to Ray (played by Dan Aykroyd) for help. 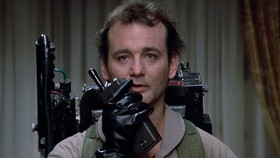 What Does This Show? Whether you’re afraid of ghosts or not, two way radios are a vital communication tool in a lot of industries, like ghost-busting, and others. It allows safety concerns to be dealt with immediately, and calls for help to be answered.

Ladder 49 (2004) – There’s not one particular scene in Ladder 49 that best represents the use of two way radios, but rather the overlying message of the firefighters in the movie wearing the radios when they’re in full gear, responding to emergency situations. Other films like Backdraft and World Trade Center also focus on this important tool for emergency personnel.

What Does This Show? This is no different than real life situations when emergency personnel use two way radio products to keep themselves safe in dangerous scenarios. 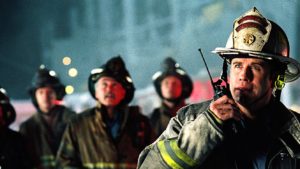 Two way radios play small roles in other projects like Hitch, Walking Dead and even Family Guy, as well.

One thing worth noting is that it doesn’t matter when these movies were produced, in the 1980’s or present day, the use of two way radios and walkie talkies are vital to the safety and or communication of the characters in the film.

This is truly representative of reality. A number of industries continue to use two way radios for the same reasons listed above – safety and communications among team members.

We at Nova Communications have had the pleasure of helping a number of similar employees do just that, from emergency personnel to hotel employees and even film crews. If you’d like to hear how two way radios can help you in whatever you do, from ghost-busting to going back in time, we’d love to hear from you. Contact us for more information or start with the FREE Portable Radio Selection Guide below.