The Value of IMPRES Audio in Two Way Radios

We’ve talked about IMRPES before with Motorola, and the value of having IMPRES batteries as part of your two way radio accessories. IMPRES Audio is much the same in the benefits it offers to two way radio users.

One of the most advanced features of IMPRES Audio is the Intelligent Audio feature. With this technology, the two way radio automatically adjusts the volume depending on the noise in the background. There’s no longer a need to reach for the volume button if someone screams into the mic, or holds it too close to their face when communicating. A loud truck or a siren going by is no match for IMPRES Audio, as adjustments are made to ensure you can hear your call clearly.

Other benefits include voice activated transmission, Bluetooth audio capabilities and windporting technology. This technology is a game changer in the communication field allowing you, the user, to communicate effectively and hear clearly in weather conditions like howling wind and driving rain. It also prevents water from clogging the mic for clear transmission when necessary among your team.

Industries that benefit from IMPRES Audio:

But it’s not limited to these industries. Hospitality industries and retail environments have benefited, too, among other industries.

It’s imperative in a number of these workplaces to ensure coverage is available and conversations are heard clearly – both from a productivity perspective, but also safety. With digital two way radio, and IMPRES Audio, there is more sufficient voice calls and communications, which better allows your employees to get the job done. User errors, as a result of communication issues, can cost you time and money, but IMPRES Audio reduces that issue.

IMPRES Audio is one of the many features offered by MotoTRBO digital two way radios. IMPRES accessories, such as headsets and speaker mics, are also available to be paired with your two way radio to enhance the experience in the workplace you have come to expect from Motorola – while keeping audio clarity top of mind.

Want to learn more about IMPRES Audio and how it can benefit you at your workplace? Download the link below or contact us today at Nova Communications. 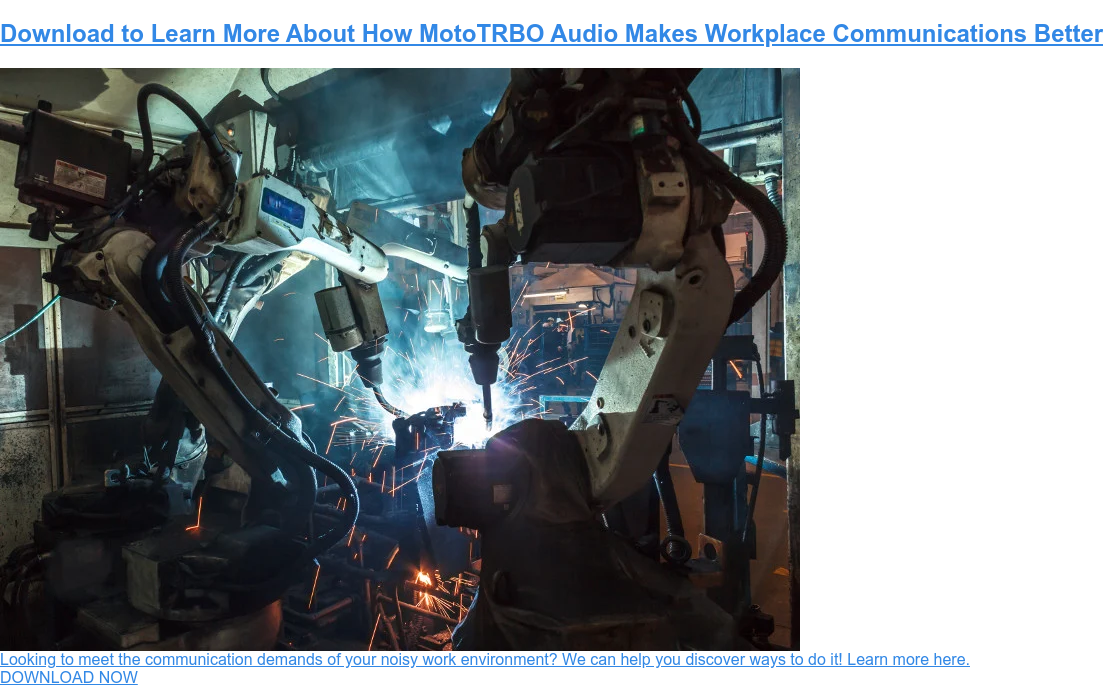