When Peter Keating left Nova Scotia to work out west, he knew he ultimately wanted to move with his wife and kids back to the Maritimes at some point. Here at Nova Communications, we are lucky to have played a factor in that decision – as we welcomed him to our team in the Moncton office as a Senior Technician in August.

But it wasn’t only Nova Communications that played a role in his decision to move home. Peter had been working out west for a communications company in the Fort McMurray area when he, his family, and the rest of the town were evacuated from the area due to forest fires that got out of control this spring. 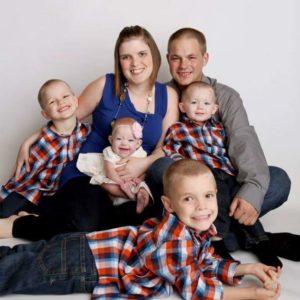 In the moments before the evacuation, Peter was working to get a tower to function that provided communications for the buses in charge of evacuation. His wife called to say they had to go. Unfortunately, as his wife was leaving the area, she watched their family home catch on fire. With his family and dogs in tow, the Keating’s left Fort McMurray behind with an empty truck and drove 13.5 hours to Edmonton (normally a four hour drive, but delayed due to traffic leaving the town).

It was soon after that Peter decided he should move his family to the east coast, at least temporarily, so the kids and his wife could settle in after losing everything in Alberta. He did some odd jobs while in Nova Scotia, but came in contact with someone about the job at Nova Communications and he knew it was something he was interested in.

As the senior technician, Peter will be responsible for such things as radio frequency (RF) related work, networking, wireless requirements and taking our newly hired Junior Technician, Jerome Larocque, under his wing to train him a bit more on the industry.

New Brunswick is an area with a lot of busy work, and Peter is a great addition to filling that need in the area. Ultimately, this means we can offer a better level of service and more knowledge than we’ve had before at our Nova office.

While he hasn’t been at Nova long, Peter says he already knows he’s going to enjoy going to work every day, along with being closer to family than he has been in four years. Coming from an oil and gas area, and with 10 years of experience under his belt, Peter says he will be providing a fresh look at things at Nova Communications, with an emphasis on safety.