Among a number of Canadian industries, two way radios have continued to be a reliable form of communication from construction site, hotel lobby to plant floor, and beyond. With the advent of digital two way radio technology, that reliance as both a source of productivity, safety and customer service has continued to grow.

The MotoTRBO line of digital two way radios from Motorola were first released in 2006, so you would expect there to be further models to be released at some point as the technology develops.

That time has arrived! Motorola has just released its latest in the MotoTRBO line of two way radios – the ‘e series’. These radios take digital two way radio communication to a new level, and those that have made the switch, or purchased the technology, have reaped the benefits as a result.

Here’s seven ways the ‘e-series’ of two way radios could meet and exceed your expectations in communication:

Durability – Your team is tough on equipment, and not just their two way radios. The legacy MotoTRBO radios from Motorola were built tough, and could stand up to the bumps and bruises of Canadian industries. The ‘e series’ of two way radios, however, are even tougher and have gone from IP ratings of 55 to 57 to IP67 and IP68. What does this mean for you? It means these products are completely dust proof and waterproof, capable of being fully submerged in water. Whatever your team throws at these radios, it can handle.

Battery Life – Whether you work an eight hour or 24 hour shift, the ‘e series’ of two way radios can live up to the expectations. With upgraded batteries, these two way radios can have up to 29 hours of battery life before the need for a charge. That means a more efficient workforce throughout your day.

Clear Audio – Whether you’re in an office, working outside in the yard, or on the manufacturing floor, you’re bound to be around noisy work environments no matter what your industry is. With that in mind, Motorola developed Intelligent Audio, which automatically reduces background noise to ensure your messages come through and are heard the first time.

Wind Reduction – One of the reasons a number of industries continue to choose two way radios is their ability to work in all weather conditions. With wind reduction technology built into remote speaker mics for the ‘e series’ of radios, your team can communicate clearly in every weather situation.

Better Range – Those who have made the switch from analog to digital two way radios have seen 20 to 40 per cent better range and coverage with the technology. With the ‘e series’ radios, that difference in range is even better, and up to eight per cent more than the legacy digital radios. This ensures your employees are able to be heard in all corners of your workplace.

Not all legacy MotoTRBO brands have been replaced with the ‘e’ version, but the following have:

XPR3000e series (includes XPR3300e and XPR3500e) – Similar to its predecessor, the XPR3000e series of two way radios is really an all industry option for radio users. A cost effective option for your team, and available as UL and Hazloc certified (with added mismatch alert if your radio is being used with a non-Hazloc battery).

XPR5000e series (includes XPR5550e, XPR5350e) – A mobile two way radio for users on the move, this two way radio offers you the option and benefits of digital two way radio, while keeping your workforce in communication.

XPR7000e series (includes XPR7550e and XPR7350e) – A tough version of a two way radio, built for the rougher Canadian industries that make up our country. This model comes with advanced features for complete connectivity to your organization. Available as UL and Hazloc certified (with added mismatch alert if your radio is being used with a non-Hazloc battery).

SL7000e series (includes SL7550e and SL7580e) – These radios are perfect for customer facing industry, and blow people away with their small, compact size but durability and dependability for communication.

Is the ‘e-series’ of two way radios from Motorola the best option for you and your team? Maybe it’s perfect for certain team members, or maybe you’re looking to upgrade a couple key radios in your fleet. Either way, Nova Communications is an incredible resource for your two way radio needs. With more than 30 years of experience in the two way radio field, Nova Communications has a team of experts that can answer your questions, and allow you to get the best experience you can from your technology.

Contact us today or learn more about these radios by downloading the MotoTRBO Guide below. 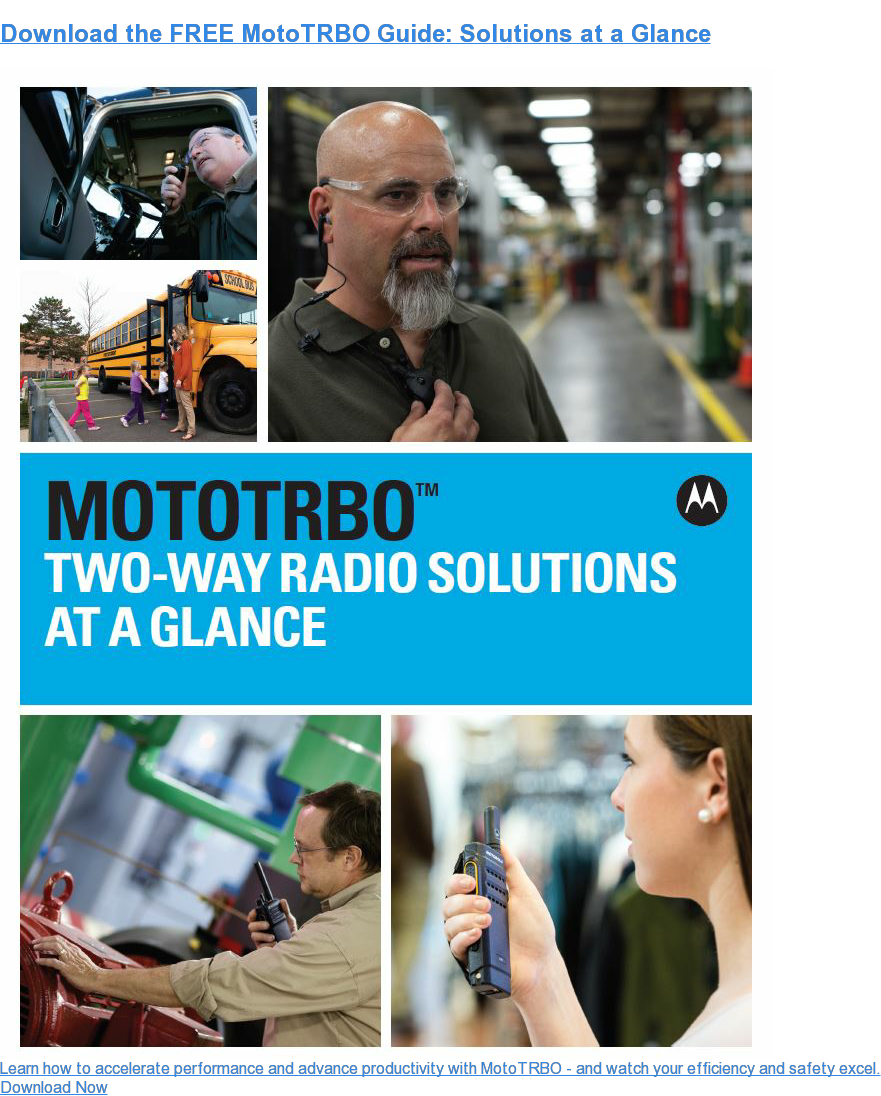