Earlier this month, we took a closer look at big telcos’ recent interest in rural broadband and found that their actions spoke louder than their words. Anytime these companies don’t get their way, they pull their rural investments.

For example, when the CRTC ruled that incumbent providers had to reduce wholesale rates for smaller, independent internet service providers, Bell responded by reducing broadband investments by 20%. Similarly, the CEO of Telus recently promised to cut $1 billion in spending and 5,000 jobs if the CRTC required it to share infrastructure with other network operators in rural areas.

As it turns out, big telcos’ interest in rural broadband is very conditional and highly self-serving. This is in no way new behaviour for them. Instead, it’s a frustrating case of history repeating itself. In this blog, we’ll look at the pattern of big telcos’ actions in rural Canada and what rural municipal leaders can do about it all.

Ten years ago, the CRTC went back and forth in the process of making a decision around usage-based billing (UBB) for open access networks. First, they passed a decision favouring UBB, which would have allowed incumbents like Bell to charge resellers based on how much volume their end-subscribers used. This would have inhibited resellers from being able to differentiate their services or provide unlimited data to subscribers. In other words, it would have prevented new providers from being able to actually improve the rural internet experience.

Thanks to grassroots efforts, the CRTC recognized the harm this decision posed to rural Canadians and pivoted to a capacity-based model instead. Big telcos pushed back, claiming that network congestion issues demanded a UBB model, but their claims were unfounded. The big players didn’t want competitors to be able to out-perform them.

I guess I come from the position that we, the Commission, have already recognized there is a need to create competition, more competition in order to protect Canadians, and facilities-based competition is not yet here. So it’s our job to find a vehicle to create that competition, and in the simplest terms, it is to create an environment where broadband would be made available to a third party through a lease arrangement.

In this case, rural Canadians won in the end, but we’ll soon see that this is one of many times that big incumbents have fought tooth and nail on every detail of open-access agreements. They understand that open access enables competition, and competition will require them to improve their services in rural Canada. They push against that threat – and improved rural access – at every turn.

Every year, the CRTC fields, manages, and records customer complaints about Canada’s telecommunication companies. In 2015, The Star took a closer look at some of the specific complaints mostly rural customers made about cell phone service from big telcos.

The stories they found showed how out-of-touch big corporations are with rural customers. There was the widower who, after losing his wife of 45 years, was continually called and told to pay and close the account long after he’d done so. There was the mobile home park, where up to 20 residents went without service for months as their provider delayed sending a technician until CRTC finally stepped in and forced them to do so. This individual incident of neglect until government intervention parallels the bigger story that took place at the time.

There were so many complaints about big telcos that the government had to step in with regulations that made it easier for Canadians to cancel contracts or switch carriers. Only then was there finally a decline in registered complaints. For many rural customers, big telcos fail to serve them until the CRTC steps in on their behalf specifically, or the government passes broader regulations forcing corporations to do better.

The Star was reporting on complaints about cell phone service. Unfortunately, history is repeating itself with internet services in rural Canada. According to the Commission for Complaints for Telecom-Television Services Annual Report for 2018-19, over 12,000 service issues were raised that year, up 34.4% from the previous year. Internet was the second most-complained-about service, following wireless, and internet issues have increased 139.5% over the last five years. Notice that these stats were compiled before safer-at-home measures made internet access all the more critical.

If history tells us anything, we can reasonably expect that rural Canadians’ internet experience won’t improve until the government or competitors (or both) step in and force their hand.

Four years after the UBB battle, we find another instance where big telcos push back against mandates that enable competition in rural Canada. In 2015 the CRTC mandated that incumbent telcos had to provide infrastructure access to competitive carriers for wholesale services.

Jean-Pierre Blais, chairman of the CRTC, said in a release:

By continuing to mandate certain wholesale services and including access to fibre facilities, we are continuing our work to drive competition so Canadians have access to more choices, innovative services and reasonable prices. At the same time, we fully expect that companies will continue to invest in their networks, including in fibre technology, to meet the growing needs of consumers.

To no one’s surprise, Bell appealed the decision almost immediately. In contrast to Blais’s hopeful expectation, Bell said they would stop expanding fibre networks if the ruling stood. They argued that small competitors should have to build their own networks, completely ignoring the taxpayer subsidies, exclusive rights-of-way, and other government-granted advantages that made their success as incumbents possible.

Without those same advantages, the cost of building a redundant network would be exorbitant for new providers. And while a densely populated area might present a business case for building multiple networks, rural municipalities won’t supply enough revenue to justify more than one network investment.

Open access agreements solve that problem and enable competition that fosters better service, but incumbents don’t want that. With open access, incumbents like Bell are forced to rely not on their monopolized control of infrastructure, but on providing an excellent service at a fair price. As we’ve seen repeatedly, they don’t want to do that until they have no other choice.

Fortunately, the CRTC’s mandate stood, but incumbents have found other ways to block competitors. Last year, Videotron filed a lawsuit against Bell when the incumbent dragged their feet to review open access applications. Bell effectively blocked Videotron’s access to poles until the CRTC recently ruled in Videotron’s favour.

This, of course, raises an important question: Why is access approval in the hands of the very companies with a proven track record of fighting that access? We have to stop giving these incumbents the benefit of the doubt and start taking history into account.

What History Teaches Us About Rural Broadband in Canada

Time and time again, incumbent telcos use a delay and defend strategy to fight measures that would improve service for rural Canada. They protect their interests over that of Canadians, as we saw with the UBB decision. They delay providing decent service until forced to do so, as we saw with cell service complaints. They threaten to pull investments when they don’t get their way, as we saw with the open access mandate. And they drag their feet on complying with orders that favour competitors, as we see with the Videotron lawsuit.

Like individuals, no company is perfect. But these stories demonstrate a consistent pattern where incumbent telcos cannot be trusted to connect and serve rural Canadians. These companies aren’t evil, but they are beholden to shareholders, and it is never in the shareholders’ best interest to increase costs or invite competition in rural markets. This is why we’ve often argued that big telcos will never adequately connect rural Canada.

Fortunately, rural municipal leaders no longer have to wait around for big telcos to provide adequate service. Here at ROCK Networks, we serve as an experienced guide to help rural municipalities find revenue-generating solutions for high-speed internet. Whether you’re actively exploring your options or simply tired of seeing your community on the wrong side of the digital divide, we can help. 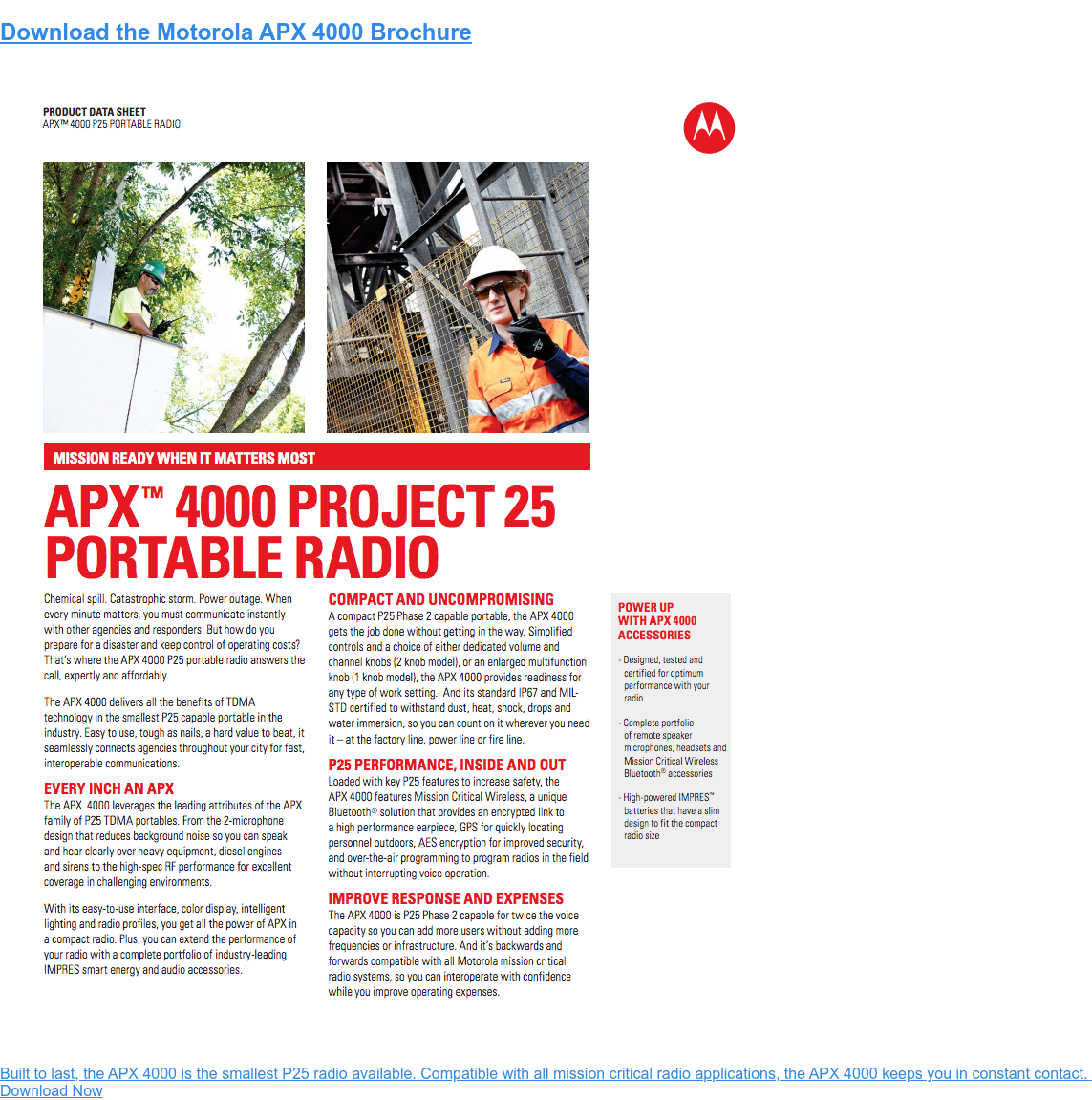