Our long-time partner, Motorola, just celebrated 90 years of delivering essential lines of communication to teams all over the world. From their first car radio to the only end-to-end command center software suite, Motorola’s drive for innovation is what makes them the leading provider of mission-critical communications and video surveillance.

For over 30 years, Nova Communications has paired our engineering and technical expertise with Motorola’s industry-leading portfolio to provide best-in-class service in Eastern Canada. As a Motorola Solutions Platinum Partner, our team has access to the most advanced wireless voice and data communications systems and services.

Not only has our partnership with Motorola enabled us to become the largest communications systems integrator in Atlantic Canada, we are also Canada’s number one online two way radio dealer. Together, Nova Communications and Motorola Solutions make supply chains visible to retailers and entire power grids visible to utility workers. We build customized communications and software systems for first responders to access real-time data that improves their situational awareness and response time.

As a tribute to Motorola’s 90th anniversary, here is a timeline of their innovative history:

1930
The Motorola radio was introduced as the first commercially successful car radio. The brand name Motorola was created by linking the words “motor” (for motorcar) with “ola” (which implied sound), to mean sound in motion.

1937
Motorola radios entered the home entertainment market with a line of phonographs and home radios.

1939
The first complete line of low-cost, dependable Motorola AM two way radio equipment was created. The objective was to make affordable radio equipment for public safety agencies to help them improve service to their communities.

1943
The world’s first FM portable two way radio, the SCR300 backpack model, was designed for the U.S. Army Signal Corps. The walkie talkie radio weighed 35 pounds and had a range of 16 to 32 kilometers.

1947
A new line of portable and dispatch vehicular two way radios were designed for the industrial market. This was the year Motorola also introduced a line of Golden View table model televisions.

1953
The Motorola Foundation was established to support leading universities in science, technology, engineering, and math (STEM).

1958
The Motrac radio was the world’s first vehicular two way radio with a full transistorized power supply and receiver. Its low power use enabled users to transmit without running their vehicles’ engines.

1962
The transistorized Handie-Talkie HT200 portable two way radio was small and lightweight for the time, weighing in at 33 ounces. It was nicknamed “the brick” because of its shape and durability.

1969
A Motorola radio transponder relayed the first words from the moon to Earth in July 1969. The transponder aboard the Apollo 11 lunar module transmitted telemetry, tracking, voice communications, and television signals between Earth and the moon.

1974
The 8-bit MC6800 microprocessor was used for automotive, computing and video game applications.

1978
The RDX portable data terminal system combined scanning and communications technology. Data could be captured by scanning, voice or keyboard input, and then transmitted wirelessly to a central computer.

1991
Motorola received the 1991 National Medal of Technology for U.S. President George Bush. Motorola was recognized for the advancement of the American electronics industry through continuous technological innovation, establishing Motorola as a world-class electronics manufacturer.

1995
Tango was the first two way personal pager. Users could receive text messages and email, and reply with a standard response. It could also be connected to a computer to download long messages.

1996
Motorola began alpha testing a TETRA radio system and was awarded the contract for providing the system to the new Oslo Airport at Gardermoen, Norway.

2004
Motorola was awarded the National Medal of Technology for over 75 years of technological achievement and leadership in the development of innovative electronic solutions. Motorola was recognized for making portable and mobile communications to become the standard across society.

2016
Upon acquiring Airwave, Motorola expanded to become the largest private operator of a public safety network in the world.

Our partnership with Motorola, along with our decades of experience in engineering wireless solutions, gives our team the confidence and pride that we will continue to deliver industry-leading communications technology that shapes the future. To find out more about the Motorola products and services we offer, contact a member of the Nova Communications’ team of certified specialists. 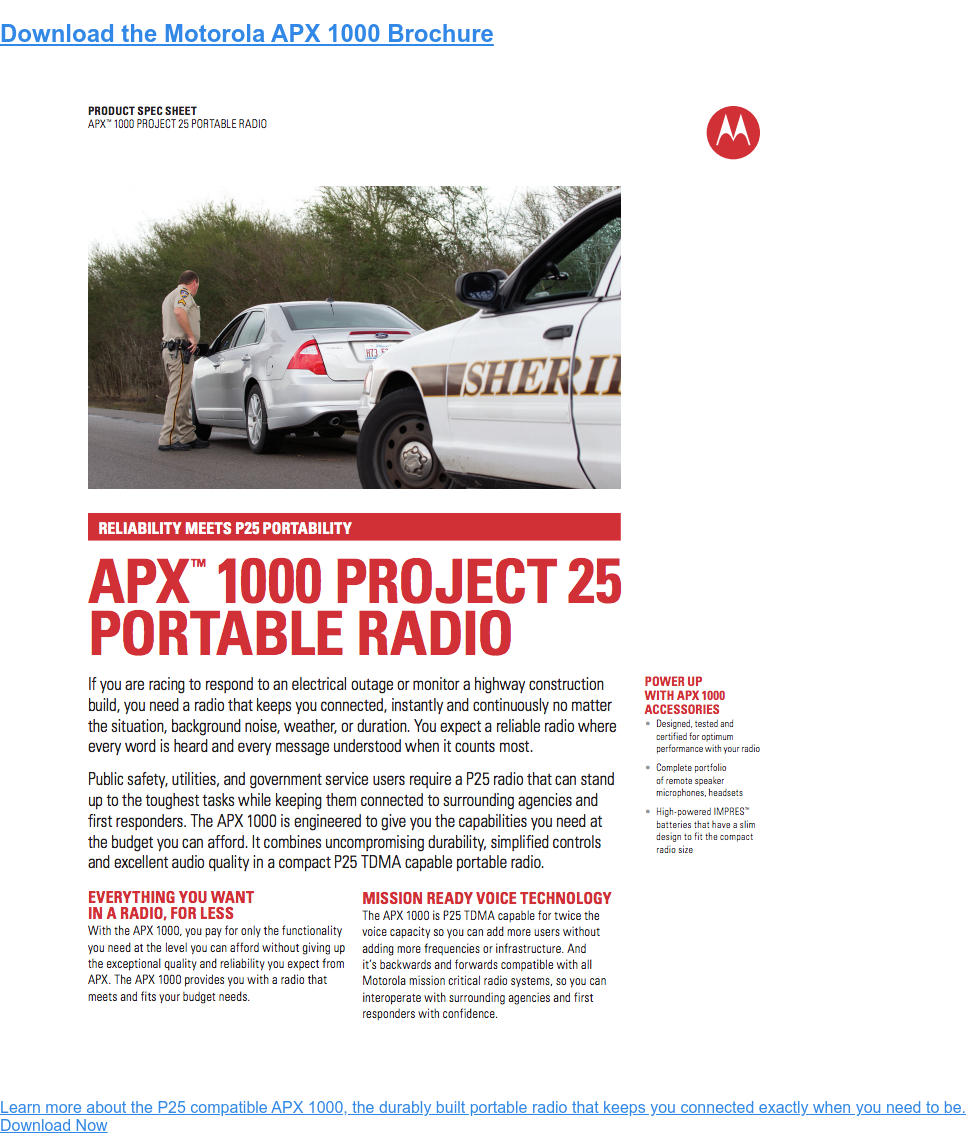