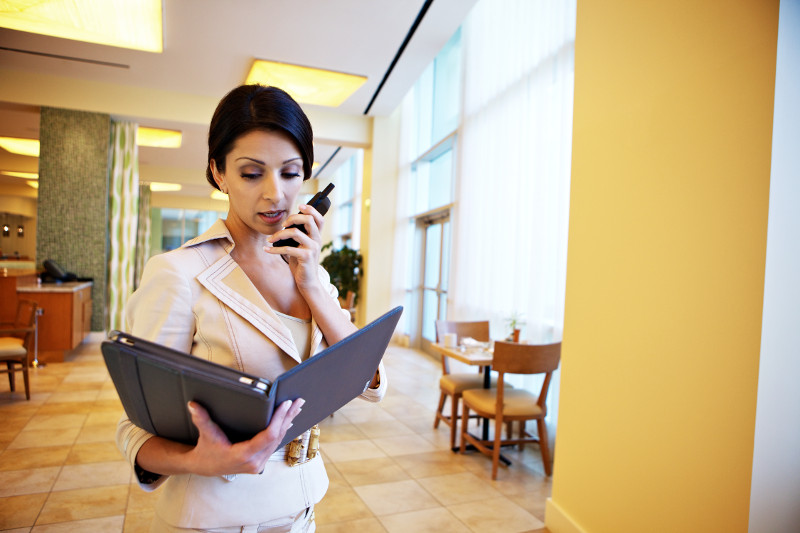 Are you new to two way radios and having a bit of trouble with them?

While our team at Nova Communications (a division of ROCK Networks) does our best to ensure that you’re well set up from the beginning with on-site demos, you may still be experiencing some difficulties.

Chances are, you may be making one of the following simple mistakes we see a lot of users make when starting out (and that’s okay!). So instead of having to pick up the phone and possibly even wait for a service member to be dispatched out (or even having to come into the office!), hopefully this blog post will help you.

Perhaps the most common two way radio mistake people make is with charging their radios.

When first charging their batteries, a lot of people will insert the battery into the charger and notice a steady amber or orange-coloured light. This is an automated reconditioning, which is designed to preserve your battery’s life cycle by fully depleting your battery and then recharging it. This process takes 12 hours.

Many people make the mistake of using the radio during this period, but doing so will drain your battery. You need to allow the radio to complete this cycle until you see a steady green light (which means the radio is completely charged). 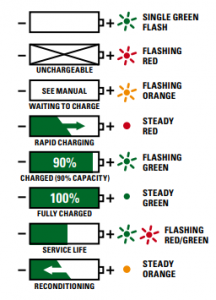 However, you can also stop this automatic reconditioning process by setting your charge to “rapid charge.” To do this, place the radio in the charger once and quickly take it out, and then place it back in the charger again.

You will notice that the radio then changes from a steady orange light to a steady red light, which indicates that it’s rapid charging.

2. Why am I experiencing a delay/lag?

Another one of the most common two-way radio mistakes people make – particularly when just starting out – is that they experience a delay or lag when trying to talk.

However, more often than not, the problem is just a simple user error (again, no worries!): you likely aren’t holding the push-to-talk (PTT) button down long enough. Remember: it needs to be held down the entire time you’re talking.

Some people also forget to release it once they’re finished, which can also cause transmission issues.

Are the users on the other end of the radio having trouble hearing you? Are syllables getting lost?

When first starting out, people commonly start talking the very instant they press the PTT button, however, you need to wait a second before speaking to make sure the first couple of syllables aren’t lost. This is particularly true for digital radios.

Similarly, a lot of mistakes happen around talking into the actual radio itself. People tend to be either too close to the microphone or too far away (or they speak too loudly or too quietly). Generally speaking, you need to be 3 inches or so from the microphone and speaking at a normal volume. Also make sure you don’t speak too quickly.

In some cases, you may have damaged your antenna (although this isn’t very likely for a new radio). However, it’s still possible, so check to see if there any bends or even scuffing. This can cause transmission issues as well.

4. Why does my radio cut out? Why am I experiencing coverage issues (dead spots)?

It’s important to be realistic. Generally speaking, the number of floors and stairwells (and the thickness of the stairs) can affect coverage. Put another way, it’s not realistic that you’ll be able to communicate from within a concrete parking garage. So before you do anything, evaluate where you’re experiencing coverage issues.

This might be part of the problem. Analog radios don’t get nearly the same amount of range (or sound quality) as digital two way radios. As a general rule, digital radios get 40% more coverage than analog.

If you’re considering making the switch to digital, one of our two way radio representatives will happily give you some demo radios (free of charge) to test out.

Here is a blog post comparing analog to digital radios, and why many people are making the switch to digital.

Lastly, it might come down to the sheer size of the area that you’re trying to communicate in.

Your two-way radio expert might recommend a different solution such as Icom’s LTE radio which communicates via cell towers.

Most users, however, get by without the need for additional repeaters, especially small to medium-sized warehouses and properties. However, if you’re communicating over a large area, especially if you’re on the move (i.e. a transportation or logistics company), repeaters will likely be recommended.

5. Your earpieces are falling out

Another common question we receive is that the earpieces aren’t staying in peoples’ ears. If this is happening to you, you can actually switch to a different type of earpiece/surveillance kit.

Most people think there is only one type of earpiece, but this isn’t the case. For instance, some simply sit inside the ear, some have plastic pieces that fit around the ear and some have earpieces made of jelly that mold to the inside of the ear.

We carry all of these types of these earpieces at Nova Communications (some of which can be purchased directly on our website here), but if you don’t see the option you’re looking for, contact us directly at 1-877-721-7070.

6. Your earpieces aren’t getting sound

Luckily, this tends to be a simple fix.

You likely plugged in them after the radio was turned on, but you need to plug them in before turning the radio on.

Lastly, as tempting as it may be, we always like to tell our customers to try their best not to play around too much with the functionality of the radio as this can cause some additional problems.

But when in doubt, refer to this handy-dandy Motorola walkie talkie troubleshooting (which also applies to any other type of radio!) guide. 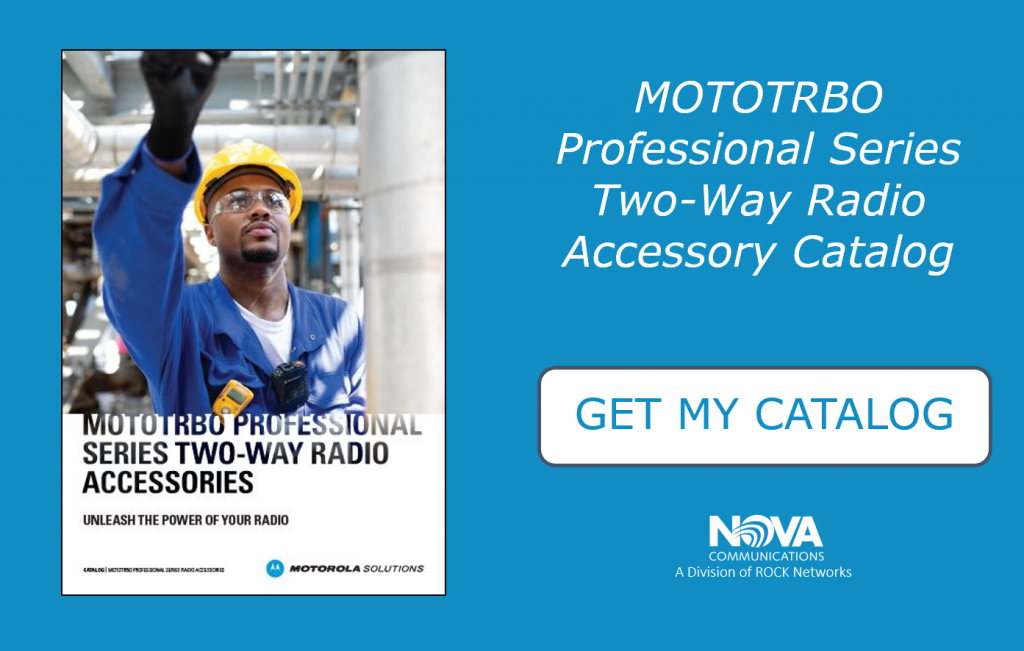